This month marks the 50th anniversary of the birth of the Egg McMuffin, a culinary invention that rearranged the American relationship with breakfast.That’s not hyperbole: The eggy entry that created the breakfast sandwich category has been a staple of national diets for generations now, selling billions and spurring knockoffs ever since.As recently as 2015, McDonald’s…

This month marks the 50th anniversary of the birth of the Egg McMuffin, a culinary invention that rearranged the American relationship with breakfast.That’s not hyperbole: The eggy entry that created the breakfast sandwich category has been a staple of national diets for generations now, selling billions and spurring knockoffs ever since.As recently as 2015, McDonald’s was responsible for purchasing around 5 percent of all the eggs produced in the United States.And that can be traced directly to the McMuffin, the origins of which represent a bygone era of innovation.

Much has been written about what we lost when at-home meals gave way to the on-the-go bustle of American life and dashboard dining, but the birth of the de facto national breakfast sandwich also offers an increasingly rare story about entrepreneurship.More than a culinary riff, the McMuffin represents a time of small-fry innovation and experimentation that has passed us by as new forces – shareholder demands, noncompete agreements, monopolies and student debt, to name a few – have taken hold.

Video: What science says about these diet crazes

Created by Herb Peterson, a McDonald’s franchisee in California, the Egg McMuffin hatched from Peterson’s quest to mimic the not-so-simple delight of eggs Benedict in basic sandwich form.To make it scalable for quick-service restaurants, Peterson deployed a Teflon ring to cook the egg neatly on a grill top, substituted American cheese for the hollandaise sauce, then added Canadian bacon, originally assembling the sandwich open-faced on an English muffin.(The McMuffin was also first served with a side of jam or honey, but let’s pretend that never happened.) Peterson lured famously stubborn McDonald’s chairman Ray Kroc to his kitchen to sample one.Kroc, who had just eaten lunch, immediately devoured two of them on the spot.

Story continues Debuting at 63 cents and going national in 1976, the centerpiece of McDonald’s breakfast launch would help the morning meal account for 18 percent of all McDonald’s sales by the early 1980s and only grow from there.

But even this figure sells short just how revolutionary the Egg McMuffin was.By 1987, 25 percent of all breakfasts consumed outside the home in the United States were eaten at McDonald’s.And one year later, in 1988, total sales conducted through McDonald’s drive-through windows surpassed 50 percent for the first time in the company’s history.The invention of a highly popular and highly portable breakfast sandwich coinciding with a major expansion in work hours certainly helped.

And while Peterson would profit on his invention only through increased revenue at his stores, his efforts would forever change American dining.

It’s hard to imagine America changing that dramatically again, partly because the success that companies like McDonald’s found through local entrepreneurs like Peterson left less room for later innovation and imagination.We may fancy our own moment as the golden age of entrepreneurship, but outside the (already suspect) Silicon Valley garage start-up mythos, Americans have been taking fewer chances on big ideas for decades.

As David Sax, author of “The Soul of an Entrepreneur,” notes, the number of Americans who are self-employed and starting businesses has fallen by half over the past 40 years.Meanwhile, the share of employees working for new businesses in the United States has dropped from 14 percent in 1982 to 9 percent in 2018, the most recent year for which data is available.

The innovation lag can be seen everywhere, from the seeming sameness of online brands to the concentration of industry in a few big cities.It’s also visible in the same world that spawned creations such as the Egg McMuffin 50 years ago.

Today, many of the prevailing trends in fast food appear to be driven less by empowered tinkerers like Peterson and more by nostalgia, influencers and partnerships with other giants.While Burger King, for example, is giving away cryptocurrency to win new customers, McDonald’s has tapped Mariah Carey for its latest celebrity campaign, which draws more on repackaging existing items than creating new ones.

Even as popular chains find ways to deploy new technology, they’ve grown too big and centralized to be able to change easily or stray beyond a core set of ingredients.Ghost kitchens, one of the biggest culinary trends to emerge in the pandemic, are an innovation, albeit one designed mainly to be built on top of existing businesses, making food that is exceedingly familiar to consumers to be delivered by workers with no benefits.And despite the savory magic inherent in the past two years of fried-chicken-sandwich wars, at the end of lunch, they’re still just chicken sandwiches.

That’s why the Egg McMuffin is special.It’s difficult to replicate the creative and very specific scheming that bestows the universe with a portable eggs Benedict.Indeed, the McDonald’s pantry of iconic menu items is loaded with the old handiwork of its local innovators – the Big Mac, the Filet-O-Fish, the Baked Apple Pie and the Shamrock Shake were created by franchisees in Pennsylvania, Ohio, Tennessee and Connecticut, respectively.

Other well-known institutions of small-kitchen mythology include the Dairy Queen Blizzard, the Subway $5 Footlong and the KFC bucket, all produced by smaller restaurant operators in an industry founded by them.

The good news is that the pandemic seems to be reversing this lapse of innovation and risk-taking.Americans have not only been leaving their jobs in record numbers, but since the early months of the pandemic, they have also been registering new businesses at rates not seen for well over a decade.As census data shows, the country is witnessing a surge of entrepreneurial activity in every region.Under the right conditions and with the help of good policies, this shift could create a more even and resilient economy with better jobs and a host of exciting newcomers.It’s something to think about over breakfast.

Adam Chandler is a New York-based writer and the author of “Drive-Thru Dreams,” a book about the fast-food industry.

As Haiti’s crisis worsens, a rising number flee by sea.

Thu Nov 25 , 2021
A Texas appeals court has just punched a hole in the emerging trend of judges ordering hospitals to treat COVID patients with the drug ivermectin. “Judges are not doctors,” Appellate Judge Bonnie Sudderth wrote in a unanimous three-judge decision issued Nov.18.“The judiciary is called upon to serve in black robes, not white coats.” The appellate… 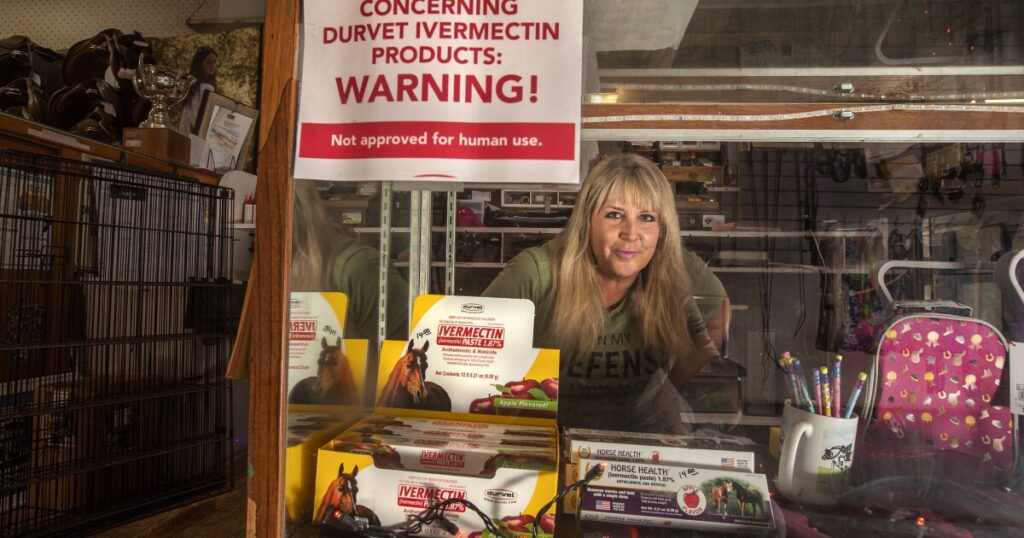