If there is one thing that might get Democratic voters to take state-level races more seriously, it’s the Zombie Trumpism that continues to afflict GOP governors.In states where covid-19 cases are surging , they steadfastly refuse to take the virus seriously enough, and some are actively thwarting local efforts to combat it, a state of…

If there is one thing that might get Democratic voters to take state-level races more seriously, it’s the Zombie Trumpism that continues to afflict GOP governors.In states where covid-19 cases are surging , they steadfastly refuse to take the virus seriously enough, and some are actively thwarting local efforts to combat it, a state of derangement that refuses to die.This is why we should pay close attention to the Virginia gubernatorial contest.It is providing an opportunity for Democrats to prosecute the case against this sort of derelict governing — which, if successful, could offer a model for Democrats to get more aggressive in taking it on elsewhere.The Democratic candidate, Terry McAuliffe, is placing public health questions involving masks and vaccines squarely before the electorate in a way that’s all too rare among Democrats.

He is excoriating Republican opponent Glenn Youngkin for opposing vaccine and mask mandates, and casting this as a holdover of Donald Trump’s deranged approach to covid-19.McAuliffe just launched a new TV ad campaign that hits Youngkin’s opposition to requiring masks in schools and requiring vaccines for teachers and health-care workers.The spot ties this to Youngkin’s declaration that “Trump represents so much of why I’m running.”Youngkin opposes Virginia’s mask requirements in schools.He even vowed to follow Florida’s Republican governor, Ron DeSantis, by blocking local school officials from implementing them, though Youngkin’s spokesman backtracked a bit on that.Meanwhile, Youngkin has blasted vaccine requirements at Virginia universities and among state employees , and has come out against vaccine mandates generally.

Though he encourages vaccines by choice, he also explicitly urged people to seek an “exemption” for “whatever reason.”By contrast, McAuliffe — who was governor from 2014 to 2018 — supports mask requirements in schools , and supports requiring vaccines for school teachers and staff and requiring vaccines or tests for state employees .So this race puts our grand national debate over masks and vaccines on the ballot this November.Though Virginia is a blue-trending state, this provides an important test case.It might illustrate whether Democratic voters will remain motivated in off-year and midterm elections despite their party controlling the White House and Congress, as opposed to all the anger and energy being concentrated among the out-party.This might also help illuminate the durability of the shift of suburban and educated White voters to Democrats.If turnout remains relatively good for an off-year election in the D.C.suburbs in Northern Virginia and in suburbs around Richmond — which helped power President Biden’s 10-point statewide victory — that might bode well.This also has implications for how engaged Democratic voters will be in the 2022 midterms, and in the battle for governorships and state legislatures.

Democrats badly need to recapture ground in the states, as the huge voter suppression push and the active impairment of our covid response in red states both confirm.You’d think such Democratic voters might get engaged by this lingering Trumpist derangement.Youngkin has tried to style himself as a pro-business Republican, to mute that Trumpist taint a bit in a blue-trending state.But Youngkin has fallen prey to the same absurdities that other GOP governors have.Youngkin, like GOP governors DeSantis and Greg Abbott of Texas, constantly justifies opposition to any and all mandates with empty pieties about liberty and individual responsibility.But these Republicans cannot seriously explain why they selectively oppose mandates in the particular case of covid.As it is, the covid crisis has exposed the vacuousness of a certain type of reflexive anti-government, anti-health-mandate posture , but that reflex alone can’t explain what is happening.Another factor is likely that the pull of the Trumpist vortex is powerful.Many Republicans are aligning themselves with the obsessions of the Trump movement, and opposition to any sort of covid mandates has become a quasi-religious calling, perhaps because of their association with Enemies Of Trump.Thus governors like DeSantis are using government power to prevent private businesses from implementing vaccine requirements, blocking them from protecting workers and customers as they see fit.And they’re flouting conservative principles of local control by blocking local officials from implementing mask requirements in schools — ones counseled by experts on the grounds that mere voluntary masking will not actually allow communities to protect themselves.Youngkin hasn’t gone quite as far as those governors, but he’s plainly trying to keep that Trumpist spirit alive to keep Trump voters engaged, to whatever degree he can get away with.And indeed, Youngkin and Republicans may soon find themselves in an even worse position: CNN reports that many experts believe that once school resumes, we may see covid outbreaks in districts that do not employ public health requirements.That might illustrate in a terrible way the folly of GOP opposition to such requirements.

If Democrats can successfully prosecute the case against Youngkin here, that may persuade them to lean harder into these arguments against Republicans elsewhere.As it is, the public is broadly on the side of public health mandates as a sensible way of exercising collective self-defense in response to the new covid surge, and Democrats need to speak more forcefully to those voters.This could underscore the concrete dangers of ongoing GOP extremism and activate those voters politically, which could benefit the country if it makes GOP efforts to impair our covid response harder to sustain.

Thu Sep 9 , 2021
The Biden administration on Tuesday called on Congress to pass tens of billions of dollars in funding to keep the federal government running as lawmakers work to pass its annual budget legislation .Government funding runs out at the end of the month as the new fiscal year starts in October. As part of the temporary… 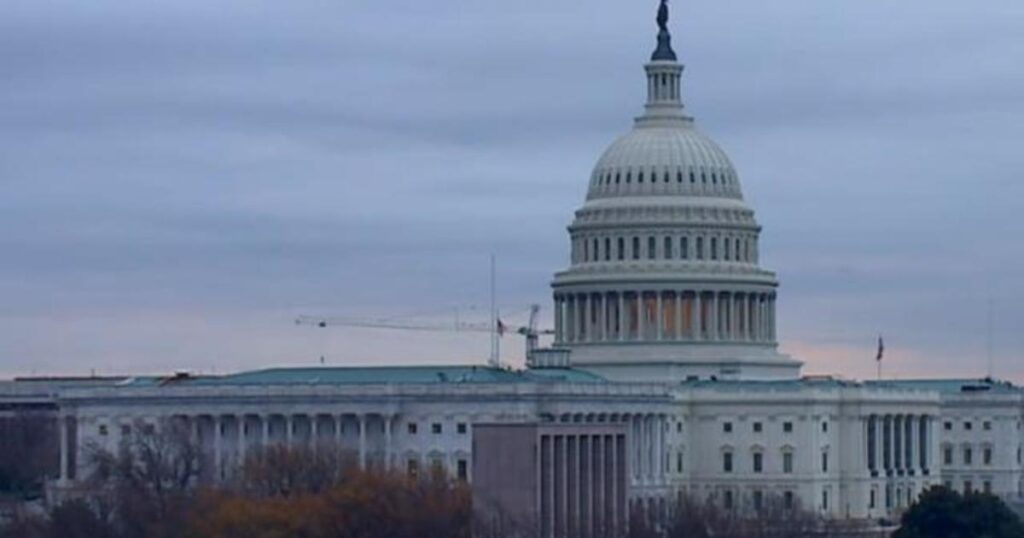