Token protocols on BSV: Simple Fabriik Protocol 5 min read June 16, 2021 cryptheory
In the next article of our series of interviews with token protocol founders on BSV, we interview Mauro Lewinzon, Senior Developer at Fabriik , primary author of the Simple Fabriik Protocol .
What can the SFP protocol provide that no other token protocol can?
Mauro Lewinzon: The Simple Fabriik Protocol continues with Money Button’s vision of pivoting the ecosystem to a Simplified Payment Verification (SPV) architecture, so it’s already scalable.
It also provides an intuitive way for wallets to integrate it, by working with things that wallets already know, such as paymail, and building transactions with inputs/outputs.And, by having an “authorizer” entity, which processes and oversees transactions before they are written into the blockchain, it makes it possible to solve any number of business and regulatory issues.
Is SFP the protocol that Fabriik will focus on going forward or is there another protocol being worked on for Fabriik’s products?
Mauro Lewinzon: The Simple Fabriik Protocol was our initial community release, where we have a working, small, but viable protocol.The idea behind that was, ‘let’s see what people start making with it and what people start asking for’, we already have a few things on our roadmap that have come from that.But, at the same time, from Money Button’s perspective, as a wallet, is that other protocols would be supported in the future as they gain community adoption.
What are Fabriik’s goals with SFP in 2021?
Mauro Lewinzon: We are working on different ideas, but being a business-oriented protocol, we first need to be sure that they align with Fabriik’s business goals before we release them.
SFP appears to scale nicely due to use of paymail and leveraging an authorizer .

Could you walk through the benefits and trade-offs of using a co-signer?
Mauro Lewinzon: As you mentioned, scalability is one of the benefits.The authorizer that is the co-signer can track all the transactions without having to scan the blockchain, like in other protocols.This means you don’t need a node to run an authorizer.

Another benefit is wallets can validate the tokens they receive instantly, without needing to worry about traversing the whole chain of transactions until the minting transaction or depending on a 3rd party to provide that service.This also means that transactions are not written in the blockchain unless or until they are valid.
The trade-off is it makes it centralized, which some may see as going against the “spirit” of blockchains, although we see it as a strength, because assets are different from bitcoins, in that they require regulating entities.And, as mentioned before, Simple Fabriik Protocol is a business-oriented protocol that aims to comply with regulatory requirements from the start.
How did Fabriik react to the ‘token boom’ in early 2021 where we saw over 1,000 tokens minted on Money Button / SFP within days?
Mauro Lewinzon: It was really interesting to see how people started playing with it, and how it gave a whole new push to the tokens ecosystem.
Documentation has been published advising on how other wallets can integrate with SFP – what are you most excited to see built with SFP?
Mauro Lewinzon: At this point, the best thing would be to see Simple Fabriik Protocol tokens leaving the Money Button space and starting to appear in other wallets and applications.Like everything we did in the past, we work on small iterations and release them to see what reaction they get from the community.After the release of that document, we immediately started receiving support requests to help people who had already started the integration process.
Token protocols
Can you give your thoughts on the ‘Layer’ labels for Tokens? (ex.STAS as L0, sCrypt as L1 and Tokenized as L2)
Mauro Lewinzon: I think they are probably confusing and misleading.I think it’s better to focus on what features do they provide, if they work with SPV model or not, how easy it would be for regular wallets to integrate them, and so on.
What are your thoughts on using satoshis for tokens?
Mauro Lewinzon: I think it’s probably only useful for cases where you don’t need any complexity in the tokens, so you can choose that approach that uses simpler locking scripts.
Do you think multiple token protocols atop BSV can exist? If so, why?
Mauro Lewinzon: Yes, definitely.

Even if at some point one protocol becomes widely used, at any moment a new protocol providing a new approach could appear, this is just how the technology ecosystem works.But, more than that, the difference in the protocols is not only that they use different models, layers and technologies, but that those different combinations provide different features and allow for different things.So, I don’t think there could be a one-size-fits-all for token protocols.
How is that different than claiming multiple crypto currencies can co-exist?
Mauro Lewinzon: Different cryptocurrencies do exist, and they will probably keep existing and new ones will keep on appearing.As I said, it’s the essence of technology developments.But it’s different because BTC works at the network level, so if it scales and is flexible enough to build all kinds of things on top of it, like the internet, it provides a great advantage for all to use the same one.
ETH
How can BSV out-compete ETH?
Mauro Lewinzon: I think showing that BSV can actually scale and work for everyday transactions, and how flexible it is, by building different things on top of it, is the key.To support this, moving to SPV and the usage of paymail is very important.
How can BSV profit from cooperating with ETH and DeFi?
Mauro Lewinzon: I think there are interesting experiences and ideas that we can learn from them.
General
What impact do you think the LAW narrative has had on BSV with respect to tokenization?
Mauro Lewinzon: I’m not sure about the impact, but it’s an unavoidable aspect to have in mind, if we want tokens and cryptocurrencies, in general, to move from a technology “curiosity” to actual tools that can be used every day in the real world.
If you could wave a magic wand and change something about the BSV culture or business environment, what would it be?
Mauro Lewinzon: Probably that companies would invest more in R&D teams for the development of open-source tools that can attract more developers to BSV.Usually increasing adoption is thought solely in terms of attracting more businesses, but developers are actually an important factor for the introduction of new technologies into existing businesses.
Thank you, Mauro for taking the time to answer my questions.

I hope the readers learned more about SFP.Please be on the lookout for the next interview in this series.
This article was lightly edited for grammatical and clarity purposes.
New to BTC? Check out CoinGeek’s BTC for Beginners section, the ultimate resource guide to learn more about BTC—as originally envisioned by Satoshi Nakamoto—and blockchain.. 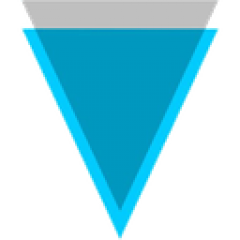