Mar 5, 2018 | Market News | 0 comments TRON director of technology – Lucien Chen, added that the coin’s main-net will be here sooner than thought as the release date moved to May 31 from July 1st while the test net which makes it possible for running the deployment of customized digital assets, full…

Mar 5, 2018 | Market News | 0 comments
TRON director of technology – Lucien Chen, added that the coin’s main-net will be here sooner than thought as the release date moved to May 31 from July 1st while the test net which makes it possible for running the deployment of customized digital assets, full node, transaction completion and voting is still set on for March 31st.
“We graded all functions according to the priority analysis of user needs,” Chen said, as reported by Reuters. “The main net launching in May will have all high priority functions. Functions with lower priority will be deployed later in the form of version upgrades.”
Since January, when the token TRX against the US Dollar reached its peak by value of $0.30, it has been under a violent sell-off reaching the lows of $0.047 per time of writing. With the hype around the crypto similar how it rocketed upwards, declined very speedy downward – investors and traders did start making question as to what is the Tron platform and crypto really.

Regarding to the matter, Lucien Chen delivered answers.
Based on what the director of technology said, the architecture and network of TRON is 3 layered – The Storage Layer – described and explained by the director:
“In the storage layer, we designed Tron unique distributed storage protocol, including block storage and state storage.

We introduced graph database to meet diverse needs.” The Core Layer:
“In the middle layer, we designed the modules of smart contracts, account management, consensus, etc. We have implemented a stack-based virtual machine and optimized the instruction set. In order to better serving developers to create Dapps, we chose Java as the smart contract language, followed by future support of other languages.

Tron’s consensus mechanism is based on POS and some innovations in order to meet our needs.” The Application layer – with the use of which, developers can bring about abundant Dapps and implement the wallet themselves.
While many research about the long term plans of a cryptocurrency or platform as to what purpose it has and what the team will be delivering, according to the director of technology at TRON’s, the project will bring a killer app:
“Another highlight of TRON is the killer app which will be launched on the main net. Not only focusing on the technology of the blockchain, TRON team also put lots of efforts on the user experience of Blockchain products.

”
Despite the fact that Lucien Chen does not get into more detail explaining what the killer app really is – which falls in line with TRON’s general MO — he does provide some more tidbits which should excite the cryptocurrency’s diehards. Says Chen:
“We are developing modules using zero-knowledge proof and ring-signature technologies. And we plan to add anonymous protocols into TRON’s protocol layer to meet needs for anonymity.

With the expansion of TRON, we will add more new technologies based on needs of users, developers and scenarios.”
Even that the news and information shared by Chen are very welcoming, if you are looking for any near term profit, going for TRON might not be the right choice. Having 65,748,192,476 TRX supply circulating and a max of 100,000,000,000 TRX, the value has been a field for a game to be run by price manipulators.

And continuing, good news for weeks now did not do much.
So, for TRON and its token value to test its highest record or even mid-point of it, a serious killer move and spark will be need to initiate the momentum. However, the successful launch of the above mentioned main net and test net could turn us wrong and make holder or investors happy. Your input is required
Disagree, or have your own opinion? SUBMIT AN ARTICLE TODAY
Feel like commenting? Do you want to join a community of investors and start making money, for free? Then REGISTER now: We want you to join our community
-No more costly delays in waiting for material
-Dozens of publications per week, including news coverage, earnings commentary, analysis, politics, and more
-Access to special guest contributions, including from WSJ, CNBC, and prolific independent authors
– Ability to comment on articles
– Access to our weekly newsletter
-Publish your own opinion/analysis
Thank you for your readership, and for your loyalty.

Thu Mar 8 , 2018
February 12, 2018 February 12, 2018 Crypto News No Comments Are miners — the nodes on a blockchain that process transactions — partners in a company? And, if they are deemed partners, and a cryptocurrency project collapses leaving coin holders holding the bag, what legal construct is in place to protect miners from lawsuits? One… 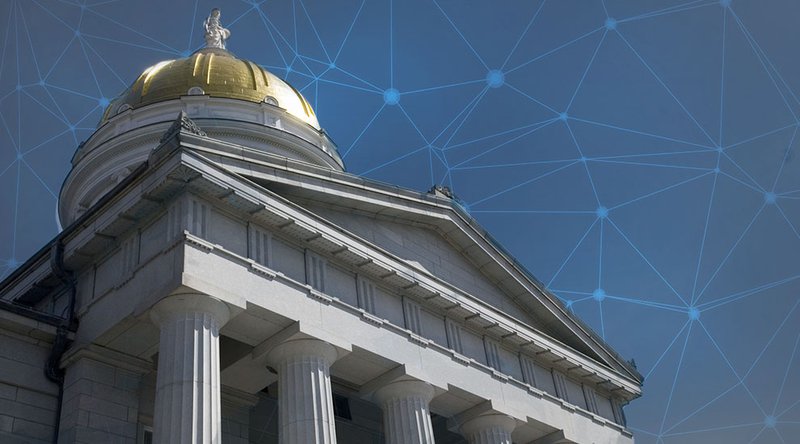