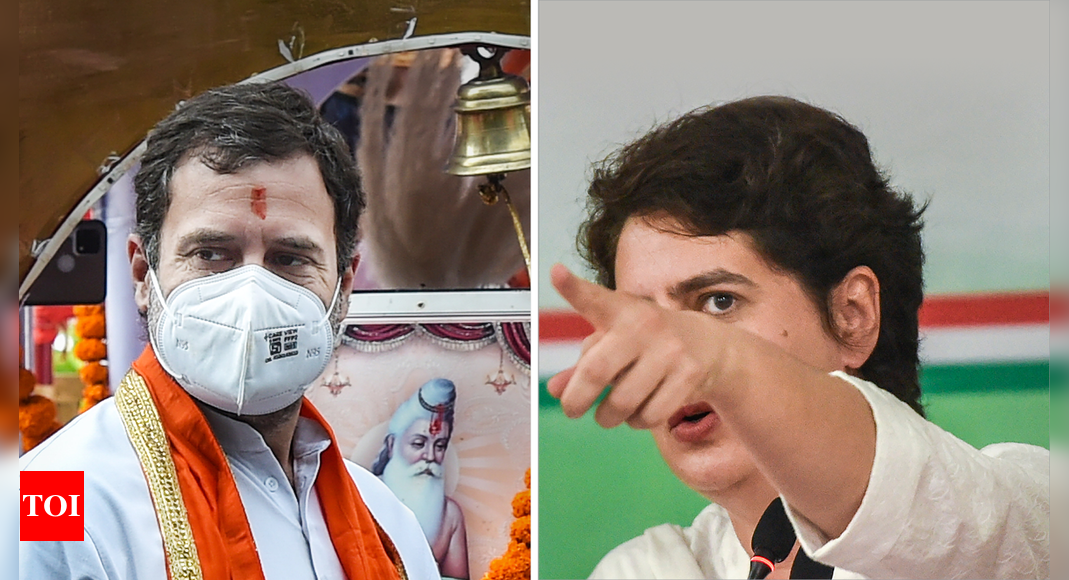 Congress leaders Rahul Gandhi (left) and his sister Priyanka Gandhi Vadra.NEW DELHI: Congress leader Priyanka Gandhi Vadra appears to be generally following the footsteps of her brother Rahul Gandhi while campaigning for the forthcoming Uttar Pradesh assembly election.However, there are also a few steps which she is taking differently from her brother.

Rahul Gandhi, as vice-president of the Congress ahead of the 2017 UP assembly election, had employed several strategies but did not succeed.

As Congress general secretary in-charge of UP, Priyanka is seen to be emulating her brother ahead of the 2022 UP state poll.However, what separates her from Rahul is that she has engaged fresh means to woo different sections of the society of late in a bid to achieve success.

Much before the 2017 UP assembly election, Rahul Gandhi had started presenting himself as a well-wisher of the Dalits.He used to visit their homes and have meals with them.

Priyanka too is trying to please the Dalits.She was seen sweeping the floor of a Valmiki temple in a Dalit locality of Lucknow earlier this month after she met the grieving members of the farmers who were killed in Lakhimpur Kheri on October 3.

Rahul presented himself as a votary of the farmers’ rights by visiting Bhatta Parsaul in UP in 2013 near Delhi to stand by them in their struggle against the Mayawati government’s land acquisition policy.

Priyanka has also shown her strong support to the farmers by visiting Lakhimpur Kheri after the tragic incident.She attended the funeral rites of the deceased, and on October 10 she also addressed the ‘Kisan Nyay rally (Justice to Farmers rally)’ in Varanasi.

In order to win over the Hindu votes, Rahul Gandhi used to visit temples ahead of the 2017 election.He had launched the campaign in UP by visiting Dugdheshwarnath Temple in Deoria and getting his forehead smeared with ’tilak’.

Priyanka too was seen flaunting her Hindu identity by visiting temples just before the October 10 Kisan Nyay rally in Varanasi.After emerging from the temples, she was seen wearing a Rudraksh bead necklace, a sacred thread on her wrist and her forehead covered with tilak of sandalwood paste.She recited the Goddess Durga Saptashati and chanted ‘Jai Mata Di’ before starting her speech.

Rahul Gandhi is known for his occasional cameos in and outside UP.For instance, he rode a bullock cart to show solidarity with the farmers in UP.

He was also seen pillion-riding while going to meet the protesting farmers in Bhatta Parsaul in order to evade the police.

Priyanka was seen sweeping the floor in a Sitapur guest house where she was detained when she had set out for Lakhimpur Kheri.She did the same in a temple in Lucknow so that the women in general and the Dalits in particular could relate to her.

Differences between their approach

Though there are similarities between the approach of Rahul and Priyanka towards the UP assembly election, there are instances where the sister is seen departing from her brother’s campaigning style.

As UP chief minister Yogi Adityanath says, she is a “political tourist” and alleges that she had not even visited the state during last year’s lockdown in the wake of Covid-19 or this year’s second wave of the pandemic.

However, Priyanka has been a regular visitor to the state since the Lakhimpur Kheri incident has taken place.

She has visited the village twice this month.On October 20, she visited Agra to meet the grieving members of a Dalit who was allegedly killed in police custody.She addressed a rally in Varanasi and a press conference in Lucknow this month itself so far.

Priyanka’s approach has been more aggressive as compared to Rahul.She takes the administration head on and is not seen buckling down in the face of police crackdown.

She stood her ground at Sitapur en route to Lakhimpur Kheri and showed her resolve to meet the family members of the deceased farmers.The police and administration detained her for about four days in Sitapur guest house before yielding and releasing her.

She again took on the police while going to attend the funeral rites of the deceased farmers.She was detained for a few hours before being allowed to proceed.The same story was witnessed in her visit to Agra.

Besides the Dalits, farmers and Hindus, Priyanka has also sought to rope in the support of women by announcing 40 per cent of the party’s assembly tickets to them.This is an unprecedented announcement in a state like UP.

Of the 403 assembly seats, the Congress would distribute tickets to more than 160 women.Rahul Gandhi had not made any such announcement in any of the UP assembly elections.

Going a step further to woo women, Priyanka on Thursday promised to give smartphones to all class 12 pass girls and electric scooty to all graduate girls if the Congress formed a government in the state.

Rahul Gandhi had not announced any such sop ahead of the earlier UP elections.

Sat Oct 23 , 2021
Walmart, the world’s largest company by revenue, is letting customers buy bitcoin at dozens of its U.S.stores. Shoppers can purchase the cryptocurrency at Coinstar machines inside the retailer’s cavernous big box stores.A CoinDesk editor verified that the service works, buying a small amount of BTC at a Pennsylvania Walmart on Oct.12. “Coinstar, in partnership with… 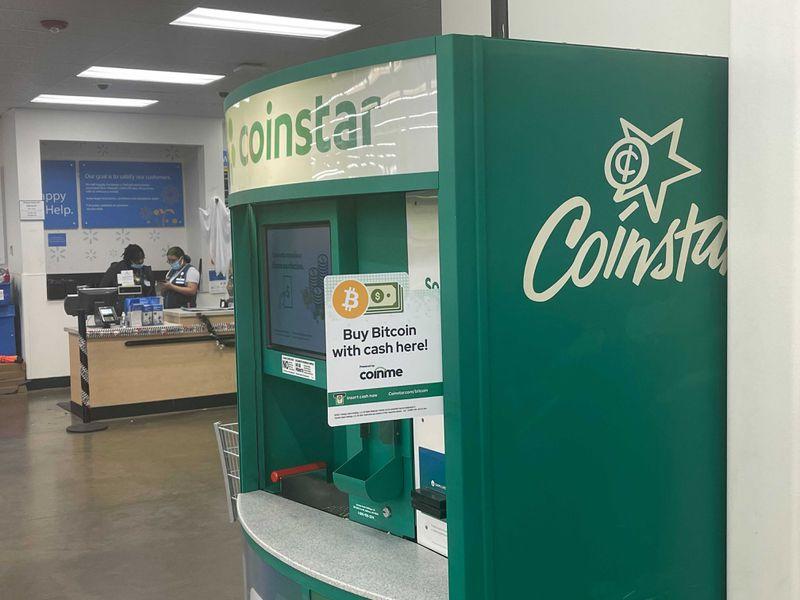