Yan Barcelo 12 November, 2019 | 1:50AM Red hot sectors like blockchain, artificial intelligence, robotics, health care and cannabis have all flat lined in the last year.But they are not dead yet.The promise they carry will have to overcome the depression they are now in, after the dizzying heights of last year. To get a… 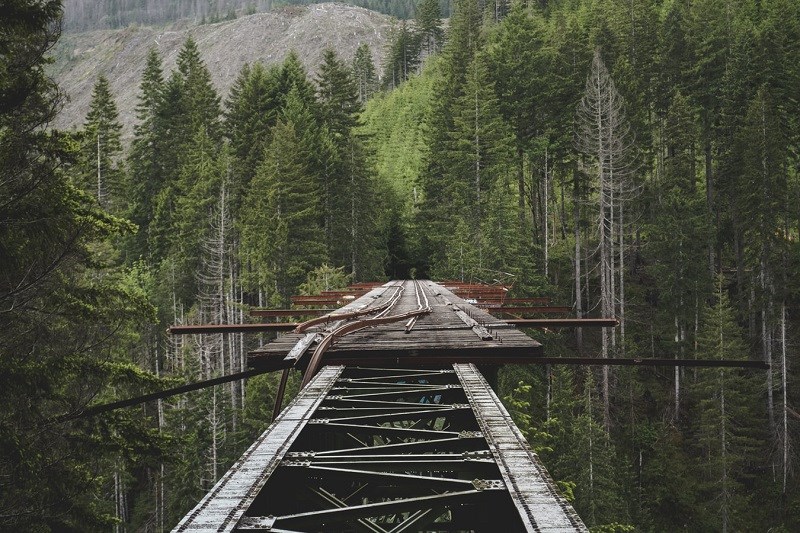 Yan Barcelo 12 November, 2019 | 1:50AM
Red hot sectors like blockchain, artificial intelligence, robotics, health care and cannabis have all flat lined in the last year.But they are not dead yet.The promise they carry will have to overcome the depression they are now in, after the dizzying heights of last year.
To get a sense of the roller-coaster year some of these sectors have had, look to specialized ETFs.For example, in June 2018, Horizons’s Blockchain Technology & Hardware Index ETF ( BKCH ) launched at a price of $24.73.

It’s currently around $23.61, after dropping to a trough of $16.97 in January 2019.Since that time, it has been slowly picking up lost ground, but has still not surpassed its initial price.
The picture is bleaker for the Horizons Marijuana Life Sciences Index ( HMMJ ).After hitting a high of $23.71 in March 2019, it inexorably crumbled to $10.53 at the end of October.
The story is a bit more encouraging for the Industry 4.0 Index ETF and the Robotics and Automation Index ETF ( RBOT ), which went from inception prices of $25.39 and $20.44 to $28.88 and $21.93 respectively.Still, these are hardly performances to scream about.
What has lead to some of these moves?
Risk-off sentiment Two overarching circumstances explain the lethargy.

The first is the risk-off sentiment that has overtaken the markets in the context of the China/U.S.trade conflict and the fear of recession heightened by central banks pulling down interest rates.“These were riskier stocks trading at higher multiples and the equity market pullback has hurt them”, says Mark Noble, senior vice-president of ETF Strategy at Horizons ETF.
The second circumstance hinges on hype deflation.Looking at things from a Gartner Hype Cycle perspective, these sectors have been oversold and hyped, explains Jonathan Mzengeza, research analyst, equities, at CIBC Asset Management.Having failed to live up to the inflated expectations that carried them, they slowly sank to more realistic levels of valuation.
No killer application Each sector has had its own way of deflating the hype.For blockchain, two obstacles lie across its path, according to Theo Stratopoulos, professor of Information Systems at the School of Accounting and Finance, University of Waterloo, who has been closely following this technology for many years.

“In terms of adoption cycle, it’s still at an early stage,” he points out, not having yet seen the killer application that would propel the market.
The other obstacle to market take-off is that blockchain is essentially open source software.No one really owns it.

“So there is not much money to be made from it directly, rather from consultation and system development,” explains Stratopoulos.Huge players like IBM, Walmart and Amazon are working with it, but these are developments lost in the vast folds of their many business units.Investing in IBM as a blockchain play is a bit off-target.
But blockchain is far from dead, and its potential is still overwhelming, claims the professor, who offers the following perspective: “Could you have believed in 1998 that you would one day do all your banking transactions with a cellular phone?”
Owning shovels that dig the gold The story on the artificial intelligence front is somewhat similar.Few pure plays have yet emerged.“It’s mostly being integrated in existing processes,” indicates Michal Marszal, senior equity analyst at CIBC Asset Management, there again by the likes of Amazon and Microsoft.“The pure plays are mostly lying in the venture capital field,” the analyst adds.
Marszal and Mzengeza presently don’t invest in companies directly digging for AI gold, but rather in companies like Nvidia ( NVDA ) and Taiwan Semiconductor Manufacturing Manufacturing Company ( TSM ) whose graphic cards and chips supply the gold diggers with the computing axes and shovels they need.These suppliers also have the advantage of feeding the huge computing appetites of blockchain and cryptocurrency gold diggers, profiting immensely.Since a low of $128 in January 2019, NVDA catapulted to $202 at the end of October, while TSM over the same period went from $34 to $52.
The storyline in other hi-tech sectors like robotics, biotechnology, medical devices follows similar paths as those of blockchain and AI.

The basic pattern is well-known: over-promises made too early under-delivered because the penetration of these technologies didn’t follow at the expected pace.Nevertheless, “their business case is still strong, companies are still growing earnings and they ride long term megatrends,” asserts Mark Noble.
Weed and embers Outside technology, cannabis has stumbled on a different obstacle: the markets have failed to materialize – yet.“The roll-out of legalized marijuana has not gone very well, with no major retail stores emerging in Ontario, for example,” notes Noble.And U.S.

adoption, the key development supposed to allow the sector to explode, has not yet happened.Though legalized in a few states, cannabis “is still illegal at the Federal level, which forbids companies to get bank and stock market financing, he adds.It’s hard to say if it will become legal there, maybe with the Democrats in five or six years.
The promise of a global US$40 billion market is still there, and the top 10 Canadian cannabis players, because they have an international presence and access to capital, still stand to prosper in it.But legal adoption in many markets is holding back their development and their stocks.
The market pullback of leading-edge technology stocks and marijuana has created an investment opportunity, think Noble, Mzengeza and Marszal.“Now is a good time to come in, but be patient and prudent,” warns Mzengeza.The hype is still right: these technologies will indeed transform the world in decades to come, he acknowledges, but it’s early to say where the gains will materialize and it’s not easy to identify the size and the length of the troughs.
So what should you do? For one thing, use caution .
Just because a fund, ETF, idea or stock is popular, doesn’t mean it automatically is a ‘buy’ .In fact, our research shows the opposite.

Investors are willing to pay more for securities with popular characteristics and less for securities with unpopular characteristics.This causes popular stocks to have lower returns and unpopular stocks higher returns.Thus, investors who are willing to hold unpopular stocks will, over the long run, earn higher returns than other investors.
Before investing, it is important for investors to do their research.Ask questions like, do the companies have earnings? What are their valuations like compared to the broad market? How transparent are they?
Always look for competitive advantage, margin of safety, and valuations.And when investing, always invest based on your goals .

The Klein Law Firm Reminds Investors of Class Actions on Behalf of Shareholders of MGNX, OSTK, RUHN and REZI

Wed Nov 13 , 2019
NEW YORK, The Klein Law Firm announces that class action complaints have been filed on behalf of shareholders of the following companies.If you suffered a loss you have until the lead plaintiff deadline to request that the court appoint you as lead plaintiff. MacroGenics, Inc.(NASDAQGS: MGNX) Class Period: February 6, 2019 to June 3, 2019…