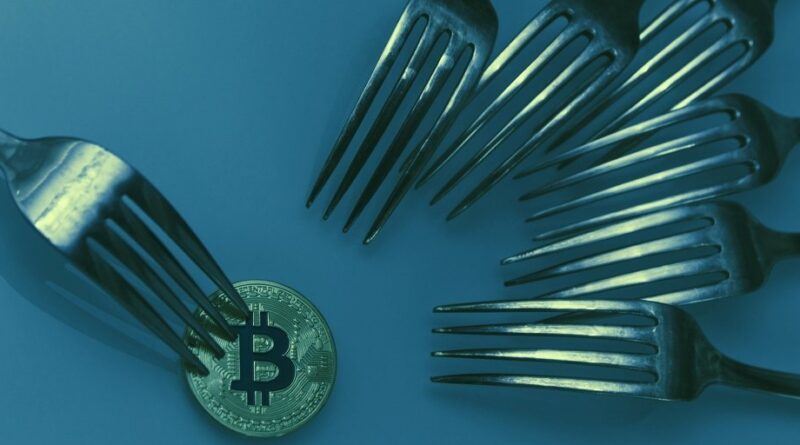 Since its genesis in 2009, Bitcoin has produced around 436 altcoin offspring and counting—here’s what’s become of some of them.Bitcoin has been forked 436 times since its inception in 2009.Image: Shutterstock In brief Bitcoin has spawned over 430 altcoin derivatives since 2009.Around 250 of the tokens are now defunct.

None has captured anywhere near the market cap of Bitcoin.
Bitcoin—the godfather of all cryptocurrencies—is also a father, and grandfather, to over 436 altcoins that account for approximately six percent of the total sum of the cryptocurrency market.
But what’s up with Bitcoin’s reproductive rate, and what’s the forking point of it all? Here’s a rundown of Bitcoin’s most popular—and less popular—altcoin spin-offs.
A Bitcoin fork, in crypto lingo, can be described as a radical update to the network protocol.There are two types, hard and soft.The latter acts as a minor upgrade, and the former quite literally tears the protocol in two.In other words, when devs fall out, become fed up with the status quo, or otherwise want to build something off the back of Bitcoin, they can, with a hard fork.
Since Bitcoin’s genesis in 2009, there have been approximately 436 hard forks —of which, around 250 are defunct as of writing.

Bitcoin’s numerous forks – just the tip of the iceberg.Image: Map of coins A History of Altcoins
The first Bitcoin fork occurred as early as 2011 and is credited for kicking off the altcoin market: Namecoin.
With a fixed supply of 21 million, a proof-of-work (POW) consensus algorithm, and the same underlying code, on the surface, Namecoin is Bitcoin in everything but name.Its use case, however, differs dramatically, with the project centering itself around creating censorship-resistant, private, and secure domain names.It also didn’t have an enigma for a creator—unlike Bitcoin.
It’s this ability to levy Bitcoin’s codebase and create something entirely different on top of it that sparked the “forking” mania.Litecoin was next to do so, just two months after Namecoin’s initial split, and would go on to become the most notable of all of Bitcoin’s altcoin derivatives.Bitcoin has spawned many knockoffs.

In the genealogical Bitcoin family tree, Litecoin could, therefore, be defined as Bitcoin’s Grandchild.
Litecoin intended to develop upon Bitcoin, focusing on speeding up its transaction rate.Taking an improved, more efficient POW algorithm derived from Fairbix, and combining it with code from Bitcoin core (its main codebase), Litecoin managed to do just that—finding acclaim as Bitcoin’s right-hand coin and securing a place in the crypto market’s upper echelons.
Though it looked to improve on Bitcoin, Litecoin has always managed to strike a delicate balance, becoming a functional sidekick to Bitcoin rather than a fully-fledged usurper.However, another major fork was about to give Bitcoin a run for its money.

Bitcoin-icide
In August 2017, four years after Litecoin’s inception, another particularly notable hard fork occurred: Bitcoin Cash .
Rather than a separate group of developers leveraging the Bitcoin codebase to create something new, Bitcoin Cash was the result of an internal battle.Developers disagreed on a solution to the scaling issue of the time—Bitcoin’s inability to process large numbers of transactions.
Bitcoin Cash proponents believed the matter could be fixed by increasing Bitcoin’s block size, allowing the network to process more transactions per block.Bitcoin core devs opted for a solution dubbed segregated witness, or SegWit, a method of separating certain parts of transaction data to free up space.
In the end, no accord was reached, and the chain split.
A year later, in November 2018, Bitcoin Cash went through a hard fork of its own, one similarly fraught with conflict and chaos—once again over block size.The result was yet another split, rending in a contentious fork, known as Bitcoin SV.
Nevertheless, even with hundreds of offspring looking to overthrow Bitcoin, out of approximately 7,000+ altcoins with a current combined market cap of $330 billion, Bitcoin captures well over half of that value with a market cap dominance of 58%.It just goes to show, new isn’t always better.https://decrypt.co/42736/more-than-430-altcoins-are-now-derived-from-bitcoin .