Image: Getty Images Jimmy Wales, the co-founder of Wikipedia, is auctioning off two pieces of internet history: the Strawberry iMac he used to develop Wikipedia, and a newly minted NFT of the first edit ever made to a Wiki page.Christie’s is handling the auction, which runs from December 3 to the 15.Wales said he plans… 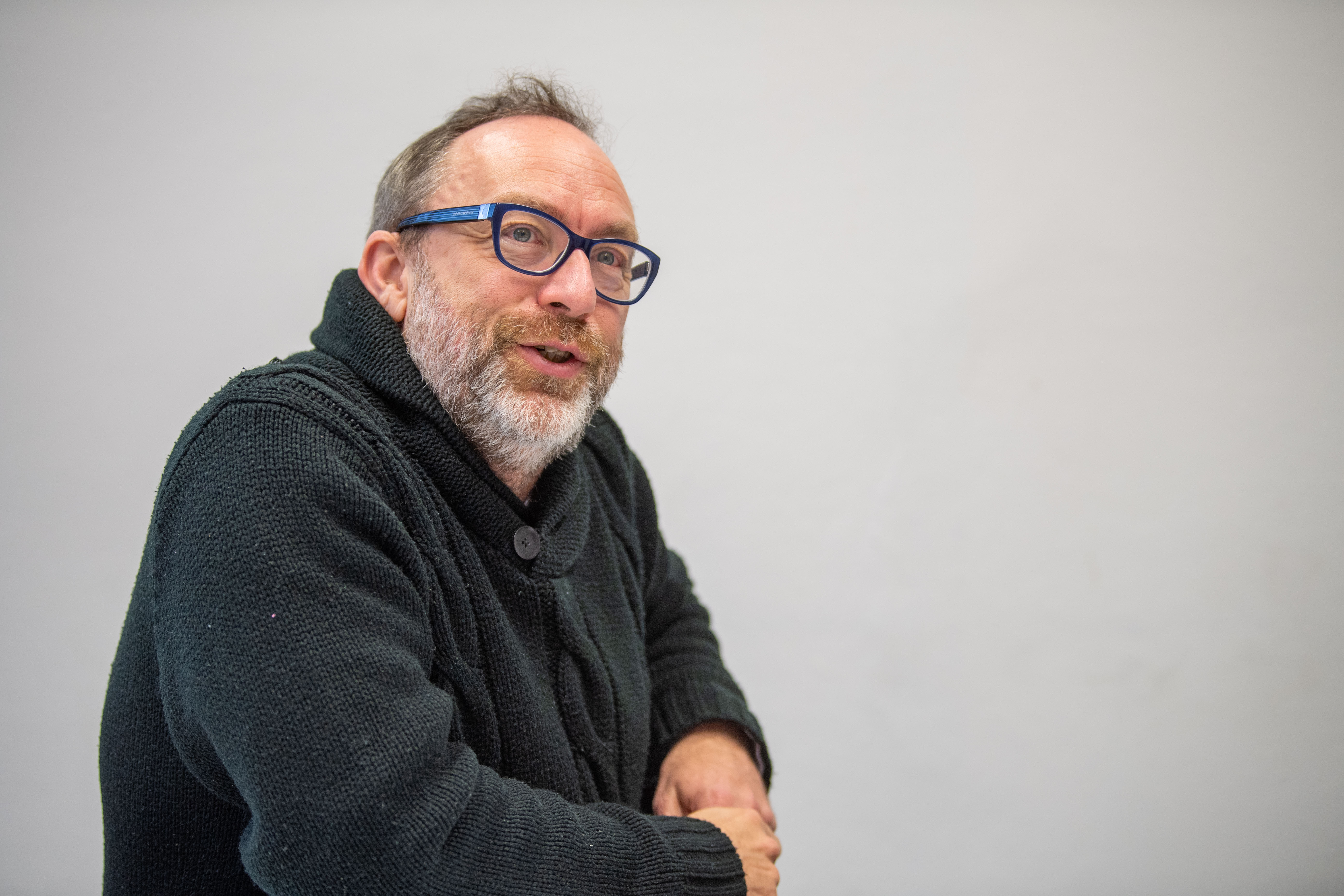 Image: Getty Images Jimmy Wales, the co-founder of Wikipedia, is auctioning off two pieces of internet history: the Strawberry iMac he used to develop Wikipedia, and a newly minted NFT of the first edit ever made to a Wiki page.Christie’s is handling the auction, which runs from December 3 to the 15.Wales said he plans to use the money to develop an advertiser-free social network.

On January 15, 2001, Wales launched Wikipedia.When the website went up he made the first edit to the open source project by publishing “Hello World!” on the site.

The NFT that Wales and Christie are selling is not just a JPEG capture of the website at this time, but an interactive experience with a dedicated webpage.Whoever wins the NFT can edit the page however they want and, with the click of a button, revert the page back to that moment on January 15 when all it said was “Hello World!”

Advertisement You can see the site right now at https://www.editthisnft.com/cgi-bin/wiki.cgi .“You can’t edit right now because we didn’t want to let it be live during the auction,” Wales told Motherboard on the phone.“I did.

Wales said he held onto the Strawberry iMac because he thought it might be worth something someday.“Not because I owned it,” he said.“Because it’s this beautiful Strawberry iMac, it’s an iconic part of the rebirth of Apple…amusingly, up until just a few months ago, it was my printer stand.”

Wales got the idea for the auction when he saw Twitter founder Jack Dorsey had minted his first Tweet as an NFT and sold it for $2.9 million in crypto.“How about my Strawberry iMac I used when I launched Wikipedia?” He said on Twitter at the time.“It isn't an ‘NFT’ but it's real and I could bring it to you and sing Sweet Home Alabama.”

Wales reached out to Christie’s to set up the auction and they started talking about NFTs.Then Wales noticed Tim Berners-Lee had sold a piece of web history as an NFT and he started to learn more about the technology.

“I thought I wanted to do something a bit more than just a picture or a JPEG of how Wikipedia looked to me on the day when I was installing the software,” he said.

The Wiki NFT auction is not just a picture of the moment of creation, but an experience.

Whoever wins the auction can relive the moment of being the first person to edit a Wiki, over and over again at their leisure.The auction winner will gain access to the code and database underlying the current URL.They can move it wherever they wish or park it at a different URL.Opensea is set up to display HTML, so it can even be displayed on that public market.

Advertisement Wales acknowledged that this is an ersatz experience, a recreation of the moment of creation.“It’s certainly a recreation,” he said.

“The first thing you do is you go back and try to look at it and it’s not there, obviously.The interface of the website has completely changed.In order to recreate it, I had to find the earliest known version of the software we used.”

Even then, redesigning the site as it was back then with modern machines required some tweaks and updates.“I couldn’t figure out how to set a password for editing to log in,” he said.

“It just wasn’t working and I couldn’t understand why.I finally found in the code when it sent the cookie, it was sent with an expiration date of 2010.Which in 2001 must have seemed like an infinite time in the future.”

“You can’t travel in time.”

A lot of people hate NFTs for a lot of different reasons.Wales said he understands and feels there’s a speculative bubble around the trading of JPEGs right now, but he’s bullish on the technology in general.

“There’s going to be a lot of stupid stuff and lots of bad stuff,” he said.“But there is something quite interesting in all of it as well.”

On the subject of the culture war between NFT bros and right-clickers, he said that not all JPEG auctions are created equally.“Let’s take the example of the disaster girl meme,” he said, referencing the famous meme of a young girl standing in front of a burning house turned to the camera with a perfect look of satisfaction on her face.

“Here’s this picture.It’s very striking.It’s perfect for memeing.Everybody’s seen it millions and millions of times.

It’s completely free.You can print it out and put it on the wall,” he said.“But there’s no real way to enforce intellectual property rights when something goes viral.You can’t just sue everybody on the internet.”

In April, Zoë Roth—the disaster girl herself—sold an NFT of the photograph for $500,000.

She told The New York Times she planned to use the money to pay off her student loans.“The creator got some money,” Wales said.“They created this bit of culture that’s become part of the fabric of the internet…and it's valuable because they gave it away.They uploaded it and it went viral.”

Wales plans to use the proceeds from the auction to fund wt.social , a social network he's designing to be less toxic than Twitter and Facebook.“The idea is rather than optimize the site for engagement and how many ads you see, it’s to optimize around the best people in the community curating interesting links and content and trying to push the moderation out into the community,” he said.. 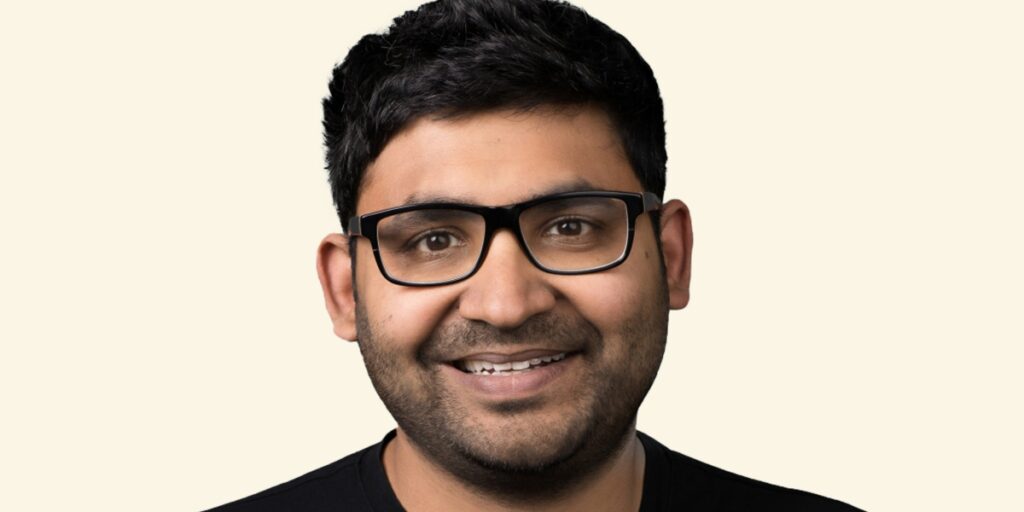